CARDIO IS NOT THE ANSWER

The most common reason people start working out is to lose weight (most of the time they mean lose fat but we can have that conversation...
By 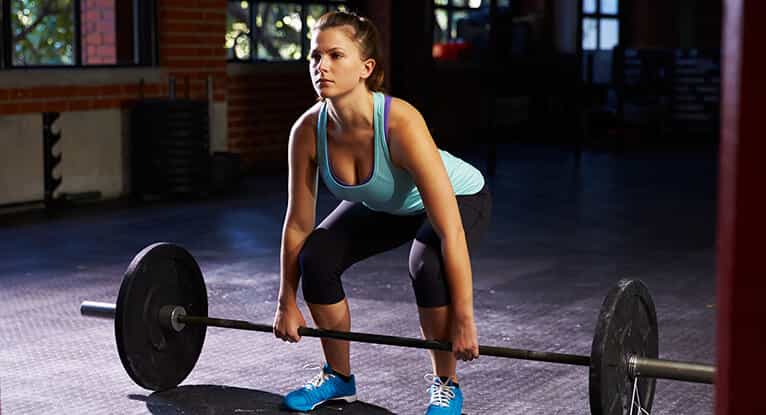 The most common reason people start working out is to lose weight (most of the time they mean lose fat but we can have that conversation later).  And that’s a great reason to begin an exercise program. We fully support that, but inevitably people stay away from the weights and spend all their time on a treadmill, recumbent bike, or elliptical…then stop going to the gym 6 weeks later when they have only lost 2 pounds and aren’t seeing any progress. Let’s chat about why that is!

First, this isn’t us saying cardio is bad. If you’ve ever been to one of our classes, you know you get  plenty sweaty and your heart rate gets super elevated. We are very PRO cardio. But extended bouts of monostructural (that’s just a sciency way of saying doing the same thing for a long period of time) cardio tends to fall short of getting the job done for most people. People will spend an hour plus on an elliptical for months and look exactly the same.

Nutrition is king. A big reason people don’t see any positive movement in their weight goals is due to what they eat. If you are eating poorly, it is practically impossible to lose weight over a long period of time, no matter what you’re doing. Additionally, we have had conversations with many people who have an extra “treat” everyday or eat more food because “they earned it” on the exercise bike. Well, you’re not wrong. But that caloric deficit (the way you were planning to lose weight) you just built evaporated when you added in the donut you grabbed from the break room to treat yo’ self.  Harvard Medical School states, “An hour of regular elliptical exercise burns 540 calories in a 125-lb. person.” That Dunkin Donuts apple fritter you grabbed was 420 calories. So your caloric deficit is now only 120 calories after the treat. To lose a pound (with a calories in vs. calories out model) you need to burn 3500 calories. So if you go to the gym Monday - Friday and spend an hour on that elliptical it will take you 1.5 months to lose 1 pound. If that sounds good to you, stay on that path but most of us want a little better bang for our buck/time than that. (Additionally, that doesn’t account for the weekends where most people tend to overeat and set back any progress that they made during the week). So cardio + treats? That ain’t it, Chief.

BUT I’LL GET BULKY…NO, MARGARET, YOU WON’T.

So from there we have a few choices:

Time is the #1 reason people say they can’t exercise. So adding in MORE time doesn’t seem like a reasonable answer. You CAN make good progress if you exercise 5 hours a week (like the example above uses).

Being more dialed in on the nutrition end is a great option. Most people won’t really give that a shot though. And we aren’t suggesting you eat 800 calories a day like whoever on the internet or in the office told you to do because they lost 30 pounds doing that. Check back with them in a year and see if they kept those 30 pounds off. Most won’t by using dramatic cutting strategies. Additionally you can really do a number on your hormones if you are severely under fed. So we totally recommend focusing on nutrition. The answer isn’t eating nothing.

Giving up isn’t something we will even entertain. Wrong website for that, bud.

So that takes us to trying something else. And the answer that lots of people really don’t want to hear but deep down probably know is true is…lift some weights. Lifting weights is tremendously beneficial to you as a human. We can make a post about that another day. But it will help you lose weight. And more specifically, it will help you lose fat, which is what you actually want. Losing weight won’t change your aesthetic/how you look naked if you are losing muscle and fat somewhat evenly. You’ll get smaller but you’ll look the same, just in a smaller size shirt. Losing fat and keeping or adding muscle changes how you look naked. And that’s actually what almost everyone we have ever talked to wants.

Lifting weights will add some muscle to you. Muscle is what “speeds up your metabolism” (we can dive into that in the next paragraph) and allows you to lose fat while eating the same amount of food you were eating when you were not losing fat. So you don’t have to cut your diet down more and more over time. And we like to eat, so we like things that let us eat and make progress.

Your “metabolism” is not a tangible thing like pop exercise science has led you believe. What people are usually getting at is something called your Basal Metabolic Rate (BMR). Your BMR is the amount of calories you need to consume to stay the same weight you are now but while you are completely resting. So this, of course, doesn’t take into account the calories you burn doing daily things or exercising. But this is the number most things (like nutrition plans) are built off (then you’d add in a factor based on how active the person was).  Ok, so here we go! Math time!

This person has a BMR of 1516 calories a day. That means if this person laid in bed all day, they would need 1516 calories to remain 180 pounds. (So you can see why you don’t need a 800 or less calorie diet, right?) But what would happen if this person lifted weights and stayed the exact same weight but had a body fat percentage of 30%, meaning they had a little less fat and more muscle.

That means she gets to eat 88 more calories a day to stay the same size. Or better yet, if she eat the same, she has an 88 calorie deficit everyday. Without changing her food by one bite. Ok, ok. But you just showed how having an 120 calorie deficit made it take 1.5 months to lose a pound if you workout for an hour every weekday on the elliptical, so clearly this will be worse than that…right? NOPE. This person will lose a pound every 40 days (since this doesn’t even factor in workout days, this happens 7 days a week). So they lose a pound FASTER than the 1 hour of cardio 5 days a week person. PLUS this person doesn’t even have their workouts factored into their weigh loss, just the added benefit of the added muscle mass/lower body fat. Now factor in their exercise of, let’s just say, 250 calories burned 4 days a week. That’s 1000 extra calories a week burned. So that’s an extra 88/day from their muscle mass and the 1000 a week they burn (working out one less day a week even), which is a 1616 calorie deficit a week. That means they lose (just under, like .9) a pound every 2 weeks. So this lady is losing weight 300% faster than the cardio only person. And working out less each week. And let’s not even get into the fact that she will continue to add some muscle mass and lower her body fat as time goes on, making the equation more and more lopsided in favor of the weightlifter than the cardio gal.

Cardio only lady loses 8.7 pounds this year doing what she is doing. And that is awesome. We’d give her a high five.

Weightlifting only lady loses about 25 pounds this year. And that is monumental. That is potentially life changing. Like come off your blood pressure or going from pre-diabetic to not pre-diabetic. Not to mention how you look, feel, and perform now.

In summary, there’s nothing wrong with going to a gym and jumping on the bike. That IS good for you. But it isn’t nearly as beneficial as lifting some weights. And of course, we’d never recommend not doing any cardio but the good news about CrossFit 797…our cardio involves lifting some weights, even if it is just your weight. And then we tack on some weight lifting before or after. That’s why people change here. That’s why moms are buying their first bikini in 15+ years or that’s why people are coming off of their cholesterol medication or anti-depressants. And that’s what we are all about. Helping you on your path to #betteryou! 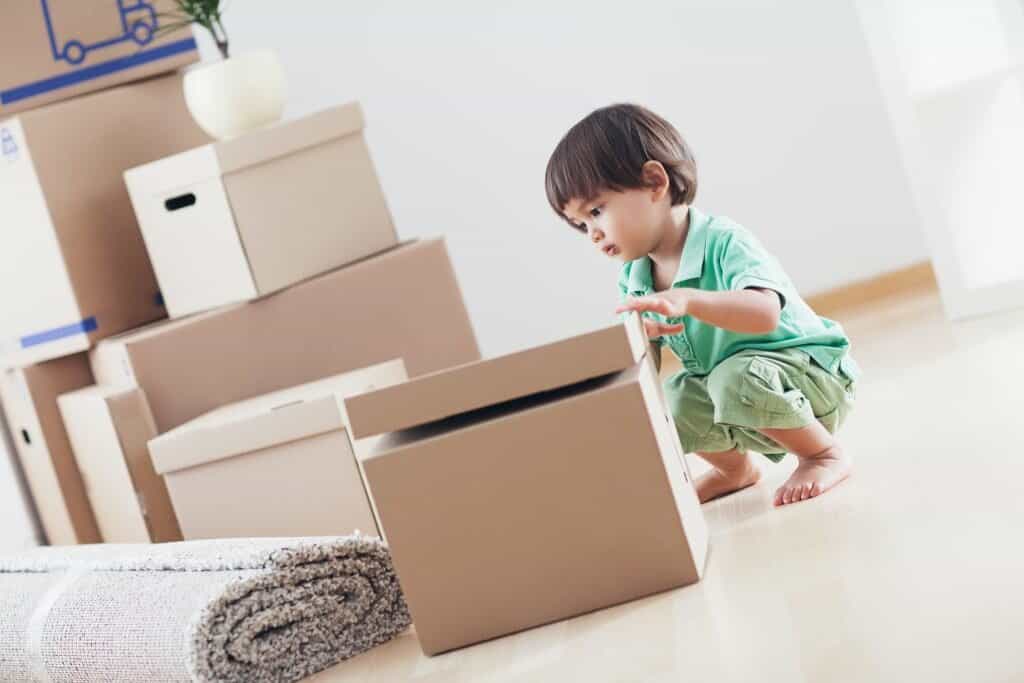 I’ve often joked with members in the gym, proud of their Asian squat mobility. It can’t be denied that athletes of Asian descent more... 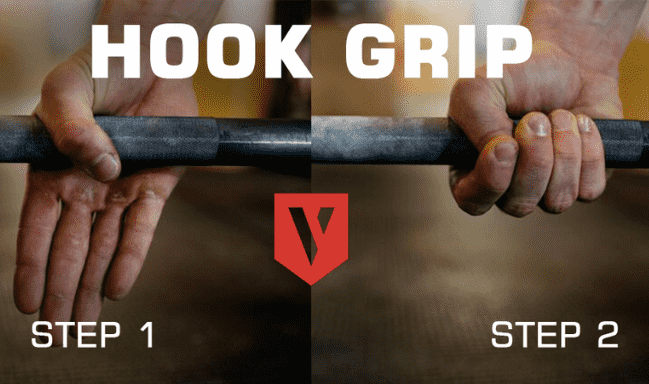 HOOK GRIP. WHAT IS IT?

Hook Grip is a method used to grip onto a barbell, which is generally utilized by Olympic weightlifters in order to improve their grip... 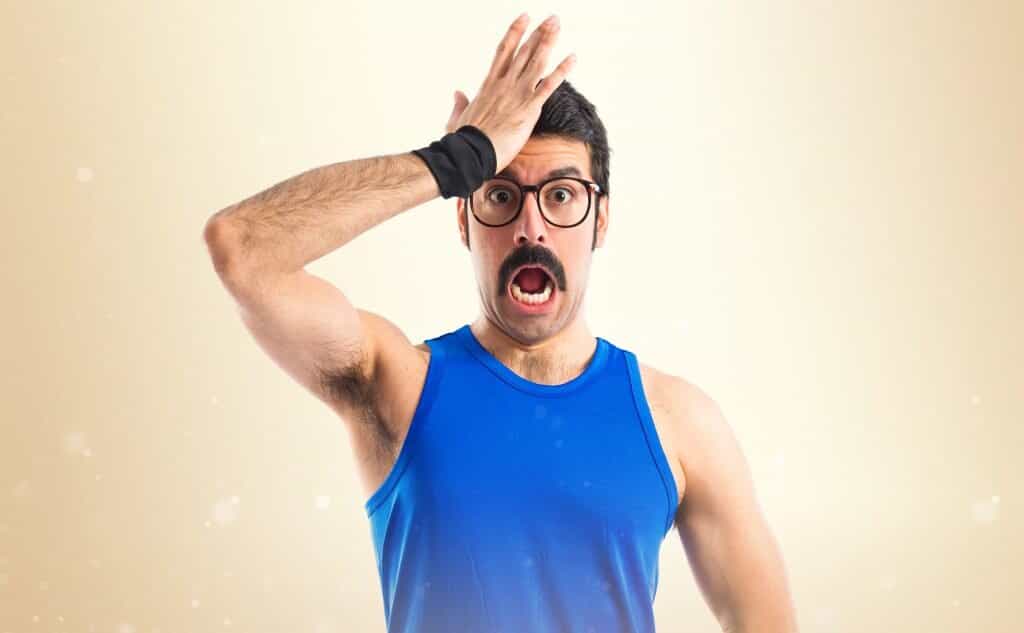 DO YOU MAKE THESE 3 MISTAKES AT THE GYM?

You might walk into the gym on your first day and see fit, strong, ripped athletes lifting heavy weights. Some people want to be like...